Universities generate €386 million per annum in export earnings and €1.5 billion in R&D impacts. 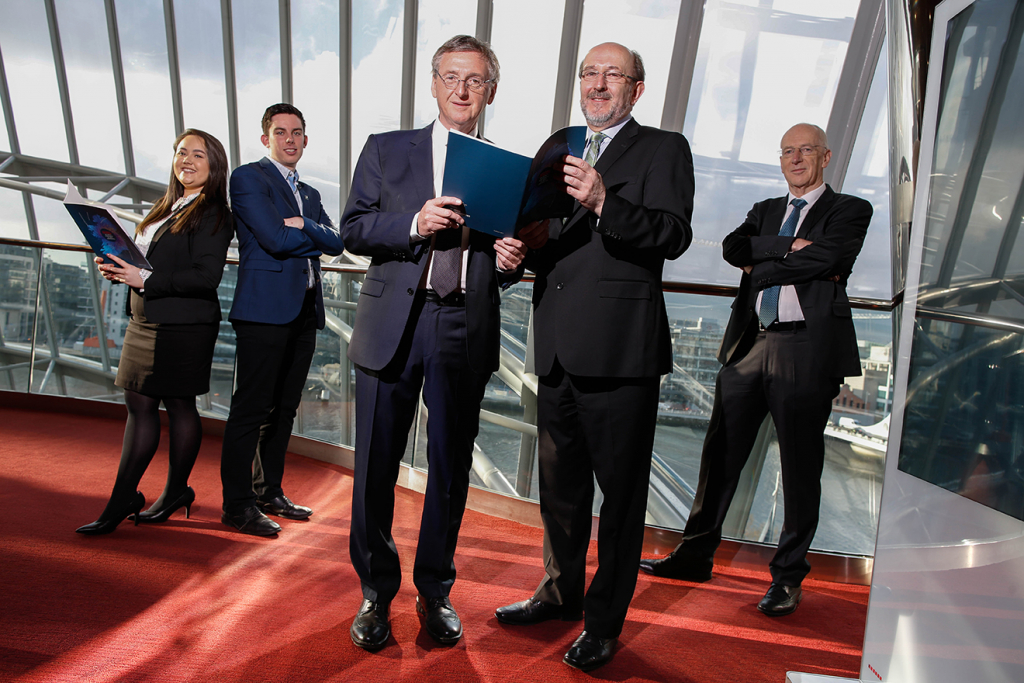 Thursday 4th April – The Irish economy benefitted by €8.9 billion last year from Ireland’s seven universities newly published research has confirmed. The first ever socio-economic impact research undertaken on the role universities play in the economy and society has been carried out by Indecon on behalf of the Irish Universities Association.

The Impact Study looks across a variety of areas to assess the impact universities have on research, society, the economy and individuals, including the benefits arising from international students.

Findings from the report include:

The report provides further detail on the social and cultural impacts of Irish Universities along with supporting 22,000 jobs, both directly and indirectly.

“There has been much debate over the economic return university education generates in Ireland without any rigorous scientific analysis of the actual impacts”, said Brian MacCraith, Chair of the Irish Universities Association. “This vacuum has not served the debate well and I am pleased to say that we have now got a detailed independent assessment on the impact Irish Universities have on our society, our economy and on us as individuals.

“What is certain from the report is the significant positive impact Irish Universities are having, from the €8.89 billion contributed annually to the Irish economy to the 21,801 full-time jobs supported, including 15,724 directly employed.

“The 50% increase in student enrolments since 2000 is a precursor to an even greater demographic bubble which will place an intolerable strain on the already under-resourced university system. Unless the Government and the broader political community are prepared to deliver a sustainable core funding solution, the opportunities afforded to today’s students may be curtailed for many current and future primary and secondary students. As a society, we cannot let this happen.”

Commenting on the research Jim Miley, Director General of the IUA said: “The role of universities is to produce well-rounded, employable graduates and to provide centres of innovation through their research work. The Indecon report shows for the first time that, universities not only do that but also generate a cash surplus for the State over the long-term. This surely provides a compelling case for the Government and the Oireachtas to prioritise the reform of the funding model for higher education.  Next Sunday will mark the 1,000th day since the Cassells Report, the Government-appointed Expert Group, identified the scale of the funding gap for higher education and made clear recommendations about dealing with it. The Indecon Report shows that more State investment in university education isn’t just the right thing to do; it’s the profitable thing to do.”

Speaking about the research, Alan Gray, MD of Indecon said: “This analysis is the first of its kind in Ireland.  Indecon undertook a rigorous evidence-based examination on the full range of impacts of Irish universities on the Irish economy and society generally. Ireland has a more highly educated population than the EU average which is often cited as a key reason both multinational organisations and indigenous enterprises base operations here. Our analysis shows the positive impacts that universities have on research and innovation, on graduates earning power and on the positive returns to the Exchequer for their investment.”

Indecon assembled a broad range of data from the universities themselves as well as from public bodies such as the Higher Education Authority, the Central Statistics Office, the Department of Education and Skills and others. Their independent assessment was completed throughout 2018 and early 2019. The Indecon analysis involved detailed econometric modelling in line with best practice approaches for such studies. The Indecon approach is based on a conservative methodology and is in accordance with the latest research notes and guidelines published by the Department of Public Expenditure and Reform.