The IUA Council Members are the Provost and Presidents of the seven Irish Universities.
The Presidency of the IUA rotates annually between the Council Members and is held for a calendar year.
Dr. Patrick Prendergast, Provost, Trinity College Dublin, is IUA Chair for 2020. 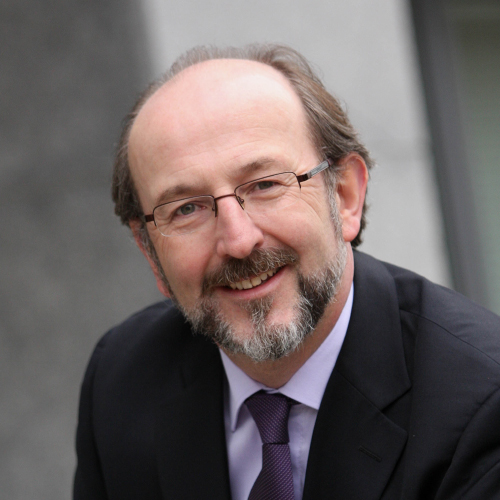 Description: Professor Brian MacCraith received his B.Sc and PhD in physics at NUI, Galway. He joined the staff of Dublin City University in 1986, establishing the Optical Sensors Laboratory. In October 1999, he became founding Director of the National Centre for Sensor Research at DCU and in 2005 was appointed Director of the Biomedical Diagnostics Institute, an Academic-Industrial-Clinical partnership, after receiving the largest award in the history of the Irish state for scientific research. Professor MacCraith has served as a Visiting Scientist at the Naval Research Laboratory in Washington, DC, was granted a Fellowship of the Institute of Physics, is a previous winner of the Mallin Invent Award for innovation, and in 2007, was elected to membership of the Royal Irish Academy. Professor MacCraith was appointed President of Dublin City University on 13 July 2010. He is married to Catherine and together they have two children, Aoife and Eoin. 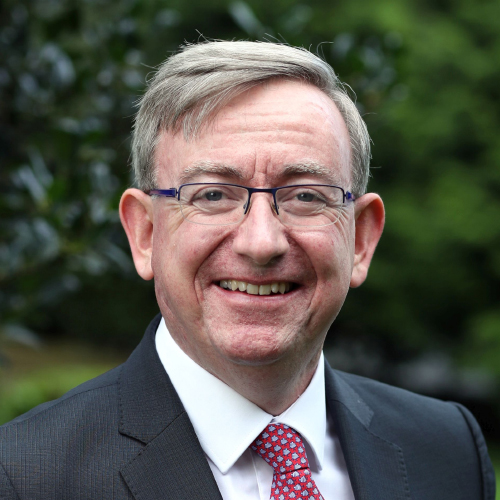 Description: Ciarán Ó hÓgartaigh became the 13th president of NUI Galway in January 2018. Previously, he was Professor of Accounting and Dean of Business at UCD, leading its schools in Dublin (UCD Lochlann Quinn School of Business, UCD Michael Smurfit Graduate Business School and UCD Smurfit Executive Development) and its overseas programmes in Hong Kong, Singapore and Sri Lanka. Having attended Scoil Iognáid and Coláiste Iognáid, Ciarán is a first class honours, first in class graduate of NUI Galway. He trained as a Chartered Accountant with Arthur Andersen and has a PhD in Accounting from the University of Leeds. He has been published widely in the accounting field and has previously held academic positions at Dublin City University, UCD and Victoria University of Wellington, New Zealand. A former Fulbright scholar at Northeastern University, he has served as Audit Committee Chair at the Department of Marine, Communications and Natural Resources and is a member of the Audit Committee at the Department of Finance. 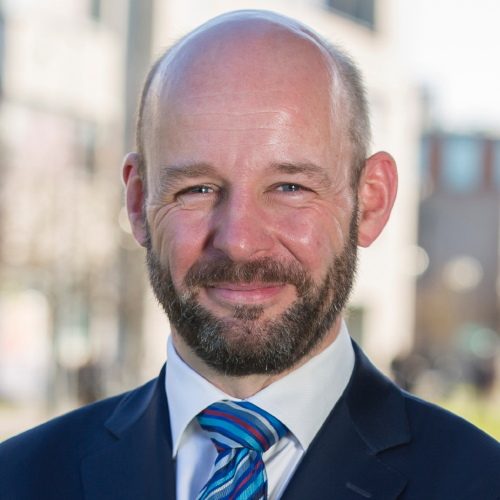 Description: Prof. Philip Nolan is a native of Dublin, and received his BSc (Hons) degree in Physiology in 1988 and the primary medical degrees of MB BCh BAO in 1991 from University College Dublin (UCD). He practiced medicine briefly, but having become involved in research and teaching as a student, was drawn to an academic career. He was awarded a PhD for his research on the control of breathing and the cardiovascular system during sleep. He has a strong track record in research, including publications in the leading international journals, and received a number of prestigious awards as a young researcher, including the Donegan Medal from the Royal Academy of Medicine in Ireland, the Watts Medal from the Health Research Board, and the Heymans-De Castro-Neil medal from the International Society for Arterial Chemoreception. He joined the staff of University College Dublin 1996 and was recognized both as an outstanding researcher, receiving a UCD President’s Research Award in 2000, and as an excellent and innovative teacher, receiving a UCD President’s Teaching Award in 2002. He led the development UCD’s Health Sciences Centre, which opened in 2005, and acted as Director of the UCD Conway Institute from 2003-2004. He was appointed Registrar and Deputy President of UCD in 2004. He worked closely with the President , Dr. Hugh Brady, in the development of a new strategy for the university, and led a radical reform of the undergraduate curriculum, UCD Horizons. He was responsible for an led major developments in undergraduate and graduate education, internationalisation, widening participation, quality, student administration, and library and information technology services. He was appointed President of Maynooth University on 15th August 2011. 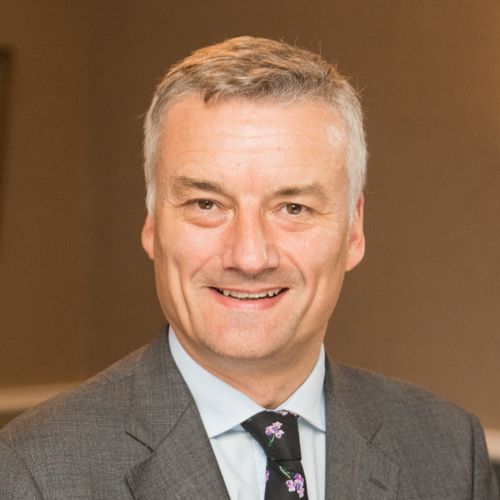 Description: Patrick Prendergast is the President of Trinity College Dublin, the University of Dublin. Trinity is Ireland’s highest-ranked and oldest university, founded in 1592, and is a member of the League of European Research Universities (LERU). Under his leadership Trinity has developed a Global Relations Strategy which has doubled international student enrolments and student mobility, has engaged with industry through a new Innovation & Entrepreneurship Strategy, and has restructured the university’s administration into three divisions, including a significant focus on commercial revenue generation through the Commercial Revenue Unit (CRU). Projects under development include the new Trinity School of Business co-located with an Innovation and Entrepreneurship Hub ‘Tangent’, the development of E3: the Engineering, Energy, and the Environment Institute, and the planning of a new Technology Campus at Grand Canal Dock. In September 2016 a “Provost’s Council” consisting of alumni and benefactors of the university was created to advice the Provost on how to advance Trinity’s position in the world by financing new projects and initiatives. Prior to his appointment as President in 201, he was Professor of Bioengineering. 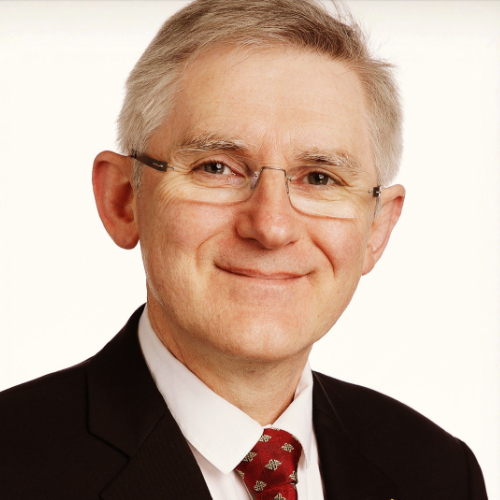 Description: On February 1st 2017, Professor Patrick O’Shea, became the fifteenth President of University College Cork. A Corkman and UCC physics graduate, Professor O’Shea was Vice President and Chief Research Officer at the University of Maryland, USA, one of the world’s leading research institutions, where he oversaw the University’s US $500 million (€440m) per-annum research and innovation enterprise. He is a Fellow of the American Physical Society, the Institute of Electrical and Electronic Engineers, the American Association for the Advancement of Science, and was a University of Maryland Distinguished Scholar-Teacher. Prior to that Professor O’Shea served as Chair of the Department of Electrical & Computer Engineering, and Director of the Institute for Research in Electronics and Applied Physics, at the University of Maryland. He played a leading role in the founding of the Maryland NanoCentre and the Maryland Cyber Security Centre. He also served as a project leader at the University of California Los Alamos National Laboratory, and as a faculty member at Duke University. Professor O’Shea’s area of expertise is in electromagnetics, and he is best known for his pioneering work on electron-accelerators and free-electron lasers. He has played a leading role in several large research programs, and supervised the work of over two dozen doctoral students. His other interests include history, linguistics, athletics and cycling. Professor O’Shea is married to UCC graduate and scientist Miriam Smyth Ph.D., who works in clinical and biomedical research administration in Washington, DC. They have one son. Professor O’Shea attended secondary school at Coláiste Chríost Rí in Cork, and holds an M.S. and a Ph.D. in Physics from the University of Maryland. 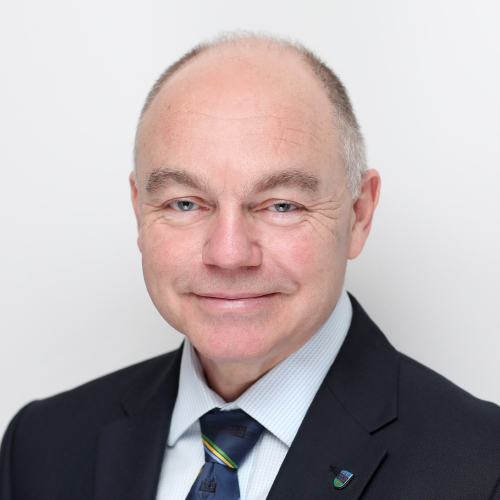 Description: On 1 January 2014, Professor Andrew J Deeks took up the presidency of University College Dublin, becoming the first Australian to lead an Irish university, and only the second person from outside Ireland to lead the University since its founding rector, John Henry Newman. Growing up in Perth, Western Australia, he was educated at the University of Western Australia, where he received a first class honours degree in civil engineering in 1984. After completing his Masters degree he worked in industry briefly before returning to UWA to pursue his PhD and an academic career in 1988. He became a leading expert in computational mechanics; specifically in the scaled boundary finite element method, which is a semi-analytical approach for solving elastostatic, elastodynamic and allied problems in engineering. He is also highly respected for his research work in structural mechanics, structural dynamics and dynamic soil structure interaction. He has published more than 160 papers in journals and refereed conference proceedings together with a book, and has held a number of significant research grants. His strong commitment to students is acknowledged in the prizes and awards he holds for teaching excellence and innovation in teaching. In 2004 he was promoted to Winthrop Professor, Civil and Resource Engineering, and was Head of School from 2004 to 2009. As Head of School, Professor Deeks created a new model for industry involvement in the school, significantly improved the student experience and doubled student numbers. His successful development of partnerships with industry and government bodies led to his election as a Fellow of the Institution of Engineers Australia. He developed a range of international partnerships and joint programmes, notably with Chinese universities. In 2009, Professor Deeks joined Durham University as Pro-Vice-Chancellor, Science, where he led the development of the university’s global presence strategy and extensive international partnerships, particularly in China and Brazil. He also championed Durham University’s strategic partnership with IBM and contributed to strategic partnerships with Procter & Gamble and BG Brasil. Professor Deeks was instrumental in the creation of Durham University’s Institute of Advanced Research Computing (iARC), which uses computer-supported modelling and simulation as a third pillar of discovery, alongside theory and experimentation, across all domains of science as well as in social science and the arts and humanities. 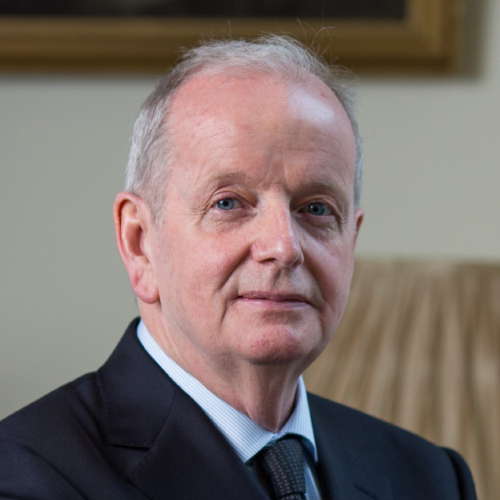 Description: Professor Desmond Fitzgerald took up his post as President of University of Limerick in May 2017. Prior to taking up this appointment he was Professor of Molecular Medicine, UCD Vice-President for Health Affairs and Chief Academic Officer of the Ireland East Hospital Group. From 2004, he held various positions in UCD including Vice-President for Research. He has served on several national bodies, including the Irish Medicines Board, the Health Research Board (which he chaired) and the Irish Heart Foundation, as well as committees of the European Society of Cardiology, the UK National Institute for Health Research and the Merck Foundation International Fellowship Programme. From 1994, he was Professor of Clinical Pharmacology and later Head of Research at RCSI. He is a UCD medical graduate who trained in Cardiology and Clinical Pharmacology at Vanderbilt University. He remained in the US until 1991 as Associate Professor of Medicine and Pharmacology and Director of the VA Coronary Care Unit. He has published over 350 papers on cardiovascular disease, thrombosis, genetics and proteomics.