Jim Miley Director General of the Irish Universities Association today responded to comments made by Hugh Brady, President and Vice-Chancellor of the University of Bristol’s at the British Irish Chamber event this morning, Jim Miley said:

“Given President and Vice-Chancellor Brady’s experience in both the Irish and UK university systems his comments should act as a wake-up call for all Irish politicians on the continued under investment in Irish universities.

Hugh Brady set out in very stark terms the comparisons between the level of investment in Irish and UK universities. For example he revealed that by a conservative estimate the University of Bristol probably receives at least 25% more funding per student than UCD or Trinity. He went on to highlight that the University of Bristol alone secured more European Research Council grants this year than all of the Irish universities put together.

As the UK Government invests in its universities in the face of Brexit uncertainty, I would urge the Irish government to do the same and use next week’s budget as the first opportunity to act.” 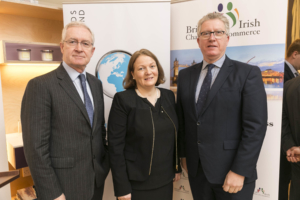 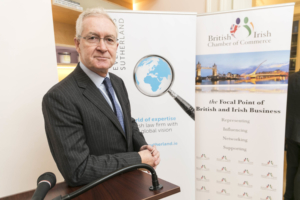