Breaking news Paris 11th April 10:15: The Irish Universities Association (IUA) are delighted to announce the election this morning of former President of University College Cork, Prof. Michael Murphy as the first ever Irish President of the European University Association (EUA). The announcement was made following election by representatives of all member universities and national rectors’ conferences during the EUA 21st General Assembly, which took place at the Sorbonne University in Paris. Michael takes the helm at the EUA at a pivotal moment for European and Irish universities and will serve as President from 2019 to 2023. 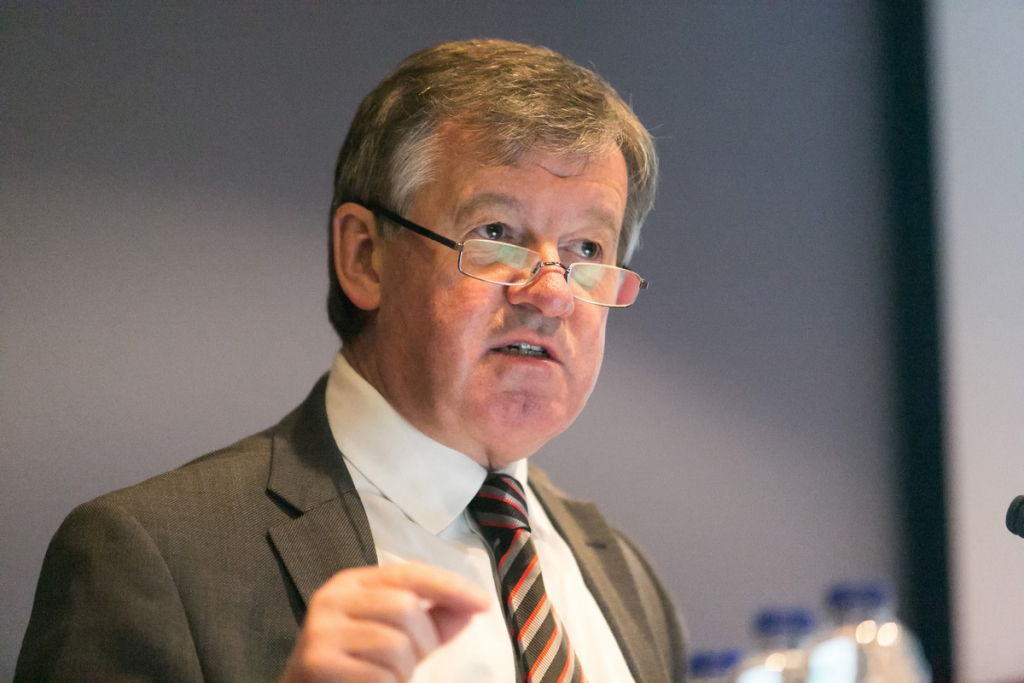 The European University Association (EUA) represents more than 800 universities and national rectors’ conferences in 48 European countries. The organisation plays a crucial role in the Bologna Process and in influencing EU policies on higher education, research and innovation. The EUA Board consisting of nine members, including the EUA President is responsible for the preparation and implementation of the Association’s policy, the planning of its activities and the management of its affairs.

Following his appointment, and outlining his aims as newly elected President of the EUA, Prof. Murphy said, “To be competitive and successful in the coming decades, Europe will need the strongest higher education and research system in the world. A “whole of Europe” deeply networked system of well resourced, autonomous but accountable universities will be the foundation for our continent’s economic and social success. EUA will provide sectoral leadership, draft the roadmap and support governments in creating the necessary legislative and investment frameworks”.

A former president of University College Cork, Michael was the IUA representative on the EUA Council for seven years, and was elected to the EUA Board in 2017.  He also serves as Chair of the EUA Steering Group for Teaching and Learning.

As a membership organisation the EUA supports the work of the IUA and what we are trying to achieve in Ireland, by providing best practice and guidance on a range of issues across research, innovation, teaching and learning, governance and finance.

Reacting to Prof. Murphy’s appointment, Prof. Brian MacCraith, President of DCU and Chair of IUA said, “We congratulate Michael on his appointment as the first Irish person to hold the office of President of the EUA and we look forward to working closely with him and the EUA team. His in-depth knowledge of the Irish sector will be an important factor in his new role. Over the next few years, Irish universities face a challenge to maintain our performance relative to other European universities. Brexit has led to an even greater focus on our collaboration with European universities and highlights the importance of working together, especially on major research projects. Likewise, the Macron-inspired European Universities Initiative aims to greatly increase cross-border collaboration and partnerships amongst Europe’s universities and offers new opportunities for Irish universities.”

More information on the work of the European University Association is at https://eua.eu/

Professor Murphy has held a variety of leadership roles, including President of UCC for a decade, Vice-Chancellor of the National University of Ireland, Chair of the Health Research Board of Ireland, Chair of the Irish Universities Association, Chair of the Permanent Working Group (PWG) of European Hospital Doctors and Board member of the Irish Health Service Executive. In addition to the Scientific Advisory Board of the US National Dairy Council he has been active in many academic organisations in Europe and the United States.