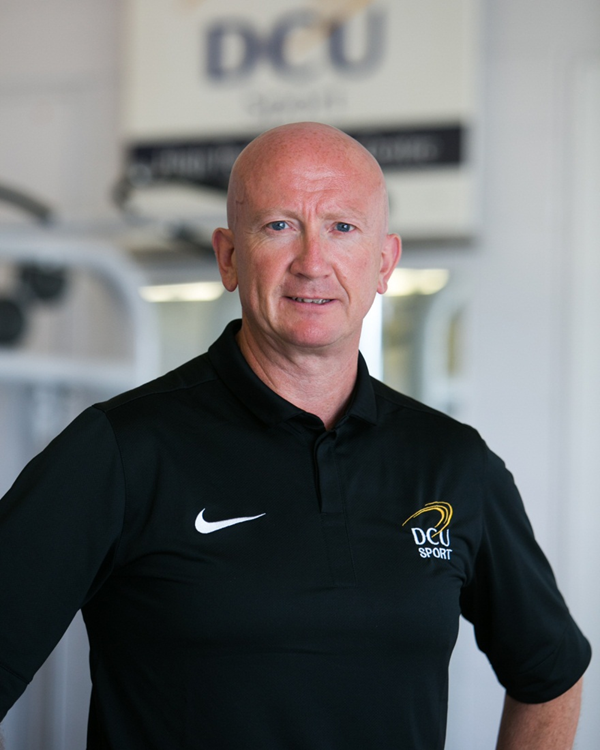 Ken has been involved in the health and fitness industry and sports administration and coaching since 1985 and commenced his employment as a personal trainer and managed his first club, City Gyms in 1989. He then moved on to become Sports Centre Manager in Kilternan Golf & Country Club in 1993 before taking up the position of General Manager of ESB SPORTSCO in 1996. In 2004 Ken was appointed CEO of DCU Sport in Dublin City University.

He is a past President of ILAM Ireland, the Institute of Leisure Managers and lectures on the Sports Management programmes in UCD on topics such as Business Strategic and Operations management. Ken is currently a Doctoral Student in Elite Performance of Sport in DCU in the research area of leadership and culture.  He holds an MBA from Dublin City University, an MSc in strength & conditioning in St. Marys University, Strawberry Hill, Twickenham, London. a BA (Hons) in Business Management from the Irish Management Institute, a Diploma in Business Studies and a National Certificate in Fitness, Level 1 & Strength and Conditioning level 2. Gaelic Football foundation and level 1. He is also an associate member of the UKSCA.

In terms of quality and systems, Ken is a qualified ISO auditor and has experience not only through gaining the Q-Mark in DCU Sport who have won sports centre of the year 3 times but also as a member of an leisure industry working group that developed the Operation Standards document for sports and leisure facilities in 1998. In 2003 he was asked to act as Chairman of the FAI Clubs Licensing Committee as part of the UEFA Quality standard for football clubs throughout Europe and is currently Chairman of the Licensing Appeals Body. Ken consults on areas such as strategy, academic programme reviews, developing a process approach to creating performance environments and mentorship.

Ken is Football coach with Westmeath Senior Mens football and previously coached Dublin Senior Ladies Football winning All Ireland titles in 2017,2018 and 2019,2020. Dublin Senior Hurlers, Ballymun Kickhams winning Dublin senior championship and Leinster championship and reaching the All Ireland Final. He has coached at underage levels with Lucan Sarsfields and DCU where he has had several All Ireland successes at college level. Other sports as a conditioning coach include Glennane hockey 1995-2004, along with individuals in International athletics, Netball, league of Ireland soccer, National super league Basketball and a Ryder cup Golfer. He has also been assistant head and head of delegation for Ireland for two World University Games in Bangkok and Belgrade.